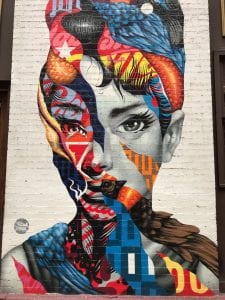 With each increment of text I read, I am blown away by Kate Chopin’s vocal opposition to societal standards. In terms of my literary analysis paper, I would love to research and analyze the “epilogue”, if you will, to her book, The Awakening. An analysis of the backlash, support and further books published after Chopin’s in relation to the specific idea of feminism she embraces, in my opinion, would make for a fantastic paper, with both sides of an argument. More specifically, I want to dive deep into what came after her release of The Awakening because although there had been a handful of books published prior to her’s regarding feminism and equal rights; never before had there been an exploration into what that meant for a introspective freedom. Kate Chopin doesn’t just make the argument that women, too, are individuals, and that they should be treated as such, but she branches out into describing what that looks like outside of social places, such as dinners, the work place, and families, and focuses more on how these women, most specifically Mrs. Pontellier, act in ways that align with their own identities and how they begin to view themselves. Before her book, most of feminism was geared towards achieving equality in politics, if it were to be mentioned at all, with little to no mention of how women treated themselves.

I feel as though my explanation of the difference before and after her book is vague, and to fully understand, one must read the book, but in an attempt to reiterate with a quote from the novel, upon finding out that his wife had been out on her receiving day (a day in which you are not supposed to leave the house), Mr Pontellier inquires “Why, what could have taken you out on a Tuesday? What did you have to do?” to which Mrs. Pontellier replies, “Nothing. I simply felt like going out, and I went out”. It is in this, subtle way that Kate Chopin’s work is different. Rather than refuting her role within the “receiving day” or bringing up the utter sexism behind that construct, she chooses to hit back with the fact that Mrs. Pontellier went out simply because she felt like it, and because of this new, introspective point of view, I applaud the development of her argument and characters. 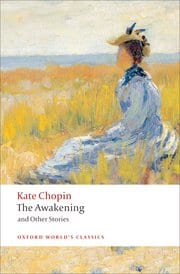 The Awakening by Kate Chopin is definitely off to a good start. I know it’s called The Awakening meaning “in the process of”, but based on her anything but subtle criticisms on the then-normal female role in domestic life, I can say with complete certainty that Kate Chopin is already fully awake and ready to speak her mind. It’s astonishing and also refreshing to me that in 1899, the year the book was published, Mrs Chopin had such ideas; such as when she speaks of “mother women”, and the perceived honor they had in believing themselves to be individual humans. This controversial, albeit contemporary idea, that women were more than child caretakers and the fairer sex when it comes to all things embroidery, reminded me quite immediately of Jane Eyre. Both novels were published at a similar time, and both novels explore the lives of women outside their established roles.

Despite being only 30 something pages into The Awakening, the direction it is headed in relieves my spirit and lightens my mood, as seeing yet another female author question the roles of women and be so completely unafraid of the social consequences that may follow their questions is nothing less than inspirational. In comparison to Jane Eyre, Kate Chopin’s piece is much more straightforward, which I appreciate. The reader can go line by line and distinctly point out the sections in which she mentions women’s roles and her opinions on 19th century sexism, which is significantly different than the subtle analysis many must perform on Brönte’s piece. I am excited to be motivated once again by a second inspiring female author, and cannot wait to read further.